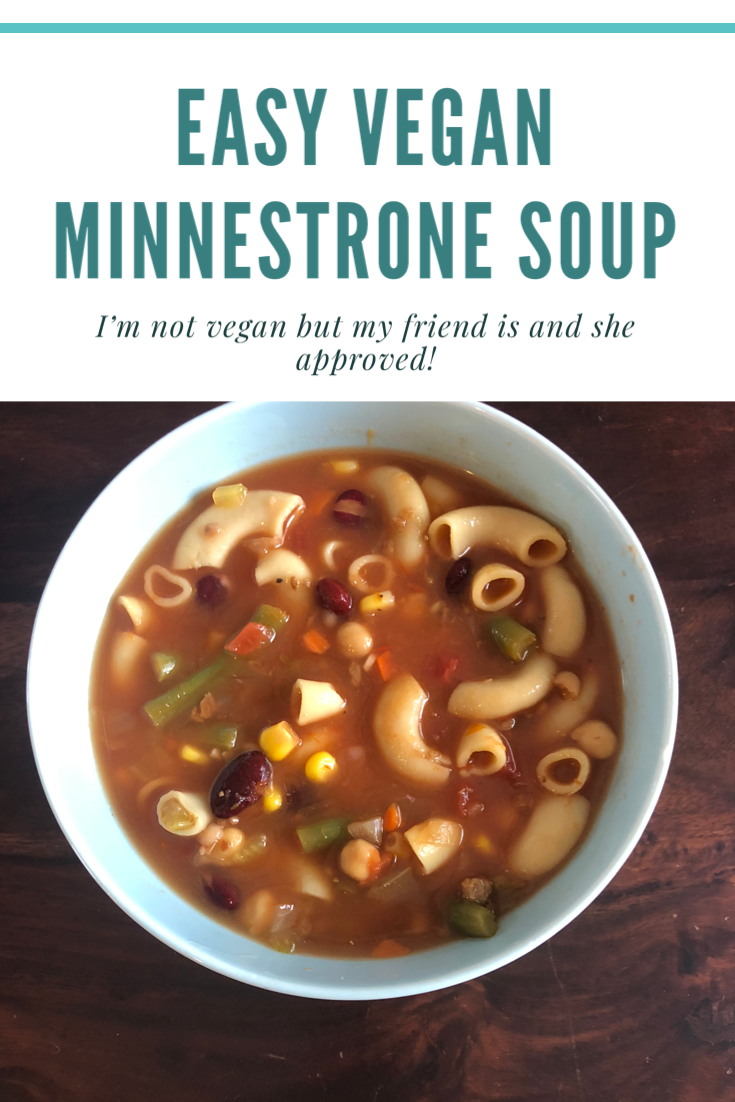 One of my closest friends, Molly, decided to become a vegan a couple of years ago. I love learning about all different ways of cooking. Molly and her daughter were coming over for a play date and I took it as an opportunity to try a recipe. I love Minestrone soup and thought this was a perfect recipe to alter just a little to make it vegan.

Here are all supplies. Honestly, the only difference from my original recipe is changing chicken broth to vegetable broth. Now, as you may know, I like to make things easy! This soup could not be any easier. It’s sort of a dump soup! I suggest having extra broth in case it gets too thick. I wish I would’ve bought extra vegetable broth because after I cooked the noodles It could have used more broth. First step is to heat the olive oil and cook the mirepoix until the onions are translucent. This takes between 5-7 minutes on medium heat. Seriously, that was the hardest part, cooking the mirepoix. Well, it would be “harder” if you actually cut the veggies but…if I can buy them all chopped up, I do it. Binks took a knife skills class so she does her own chopping.

I poured in the crushed tomatoes. diced tomatoes, crushed tomatoes, kidney beans, white beans, garbanzo beans, frozen corn and vegetable broth. While this was heating up I cleaned and trimmed the green beans. I didn’t want my green beans to overcook and get mushy so I figured I would put them in at the same time as I cooked the noodles. It was perfect! Don’t forget to season at this time too. My homemade BB’s Spice Mixture and pepper adds great taste to the soup.

When the broth was at a rolling boil, I added the noodles and green beans. I cooked them according to the box for al dente. I always like to be closer to undercooked than to have them be mushy and bloated. Remember, when you turn off the heat they will still cook a bit because the soup is warm. When the noodles are done it is time to eat!

This recipe makes a lot of soup which is great because I love to freeze soup! I really like to freeze soup in a quart jar. It’s awesome because it holds two servings. Then I know how much I need to serve my family or if it’s for my lunches, it’s enough for two days. It works out so great. One thing I learned through trial and error is to make sure your soup is completely cooled in the jar before freezing. Yes, I had 4 jars break on me once. I was so bummed not only to lose my jars but also all my soup. When I’ve divided up my soup, I let it cool on the counter and store it in the fridge overnight before freezing it. I’ve never had them break again.

If you don’t have one of these canning funnels, I highly recommend getting one! They make putting things in jars so easy with no mess. My friend Molly purchased one right after I made her this soup. She said she’s used it quite a few times. It’s one of those items you didn’t even know you needed until you have one and then wonder what you did without it! I couldn’t link up the exact one but this one is comparable and Molly said it’s great!

Start by cooking mirepoix for 5-7 minutes in a tsp of olive oil until onions are translucent. While they are cooking open the bean cans and drain all the liquid out. When mirepoix is sufficiently cooked at vegetable stock and beans, tomatoes, and corn. Add the homemade spice mixture and pepper. While the liquid heat to rolling boil cut the ends off green beans and cut in half. When liquid is heated add noodles and green beans. Cook to the noodle’s directions to al dente. Remember the liquid is going to stay hot for a while so it’s better to under cook than over cook.

When noodles are done you can serve. I served with a baguette when I had Molly over but a yummy salad would be good too.

Then I took the extra soup and divided it up into quart size jars (equals two bowls of soup) using a canning funnel and let cool completely. After it’s cooled I store it in the fridge overnight and then transfer to freezer. I’d say this makes 10-12 large bowls of soup! 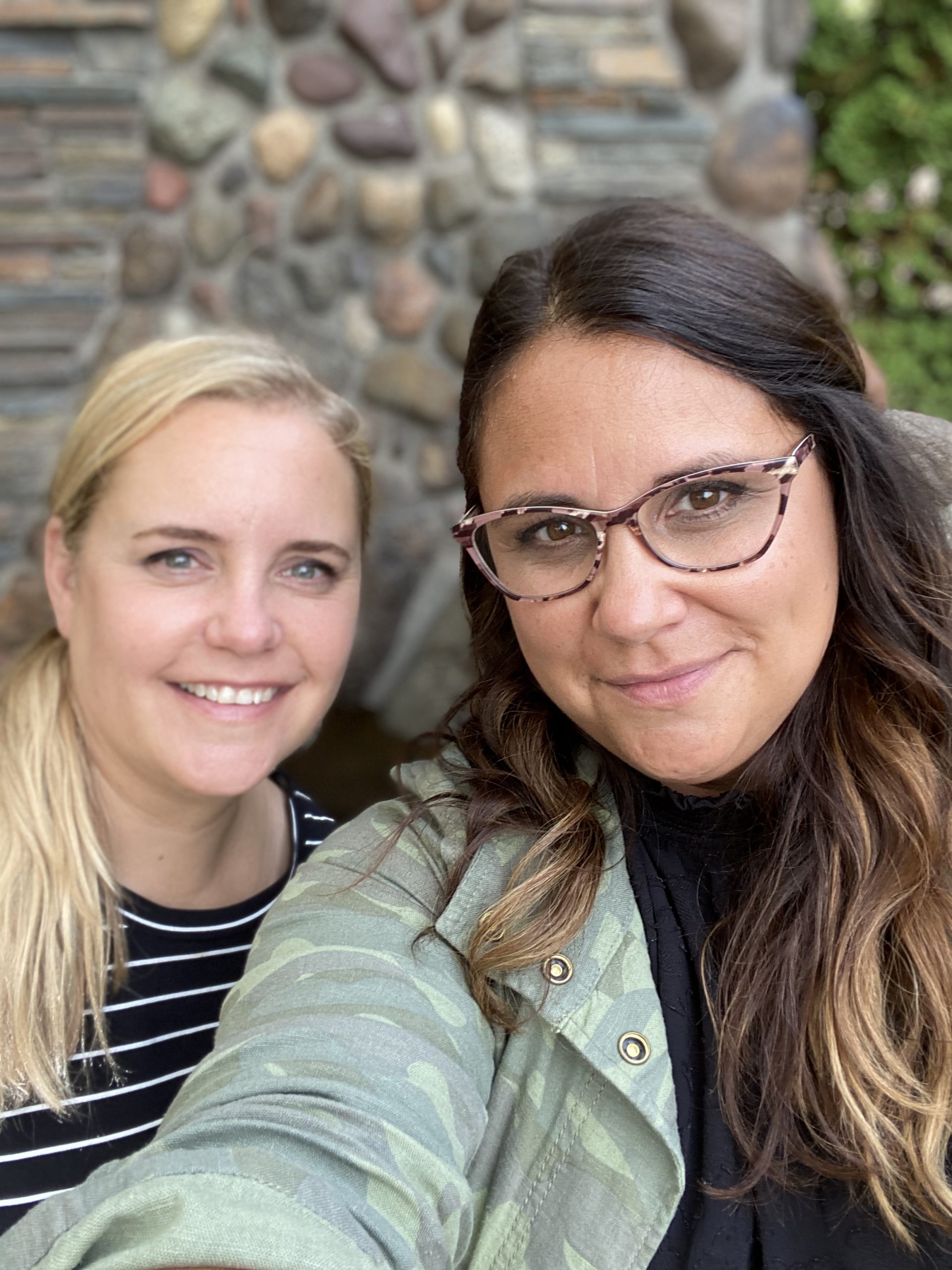